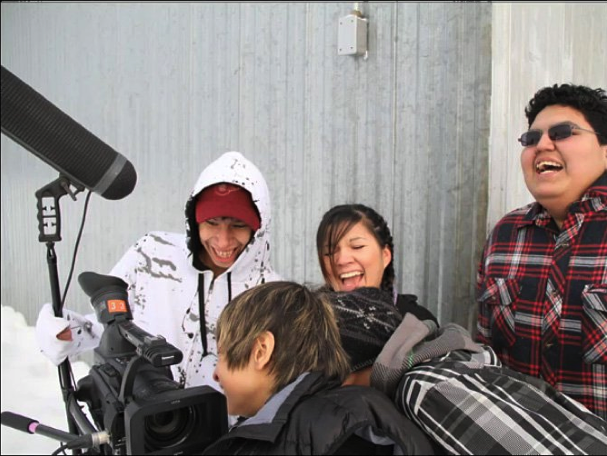 It is estimated that over a billion people in the world lack access to safe drinking water. As a result, almost two million people a year die of disease contracted directly from contaminated water. The majority of them are children.

This year, the WHO is holding an official event in Capetown, with a focus on water availability in cities around the world. They also connect World Water Day events by activists everywhere.

Just last year, the United Nations declared that “safe and clean drinking water and sanitation is a human right essential to the full enjoyment of life and all other human rights.”

Amnesty International released a video, produced by Lubicon Cree youth from Alberta through AI video workshops, about what it’s like to live without access to clean water.

The Lubicon Cree live in the middle of the Alberta oil fields. Vast wealth has been taken from their land. In fact, the province’s share of this oil and gas wealth has been estimated to exceed $14 billion. Yet the Lubicon people live in conditions that would be unimaginable to most Canadians.

The Lubicon community of Little Buffalo has no running water and no sanitation system. Before the Alberta government permitted large-scale oil and gas development on their land, the Lubicon took their drinking water from the muskeg and the lakes and streams. They can no longer safely do so.

With ever more intensive forms of oil and gas development, including the beginning of oil sands extraction, there are increasing worries that even water deep below the ground may become unusable.