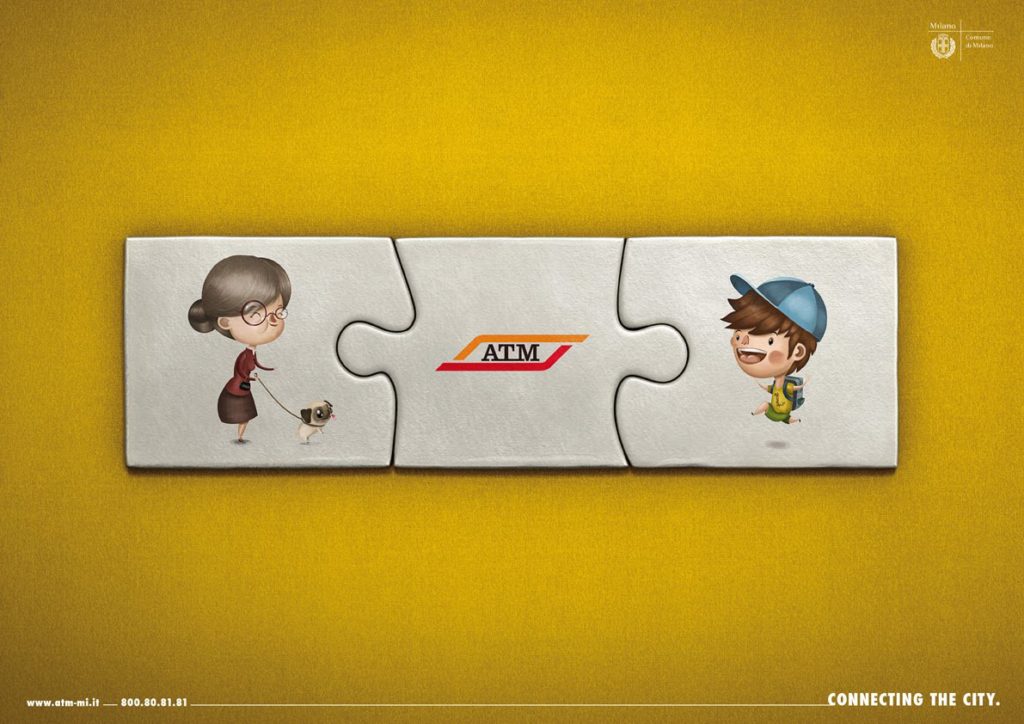 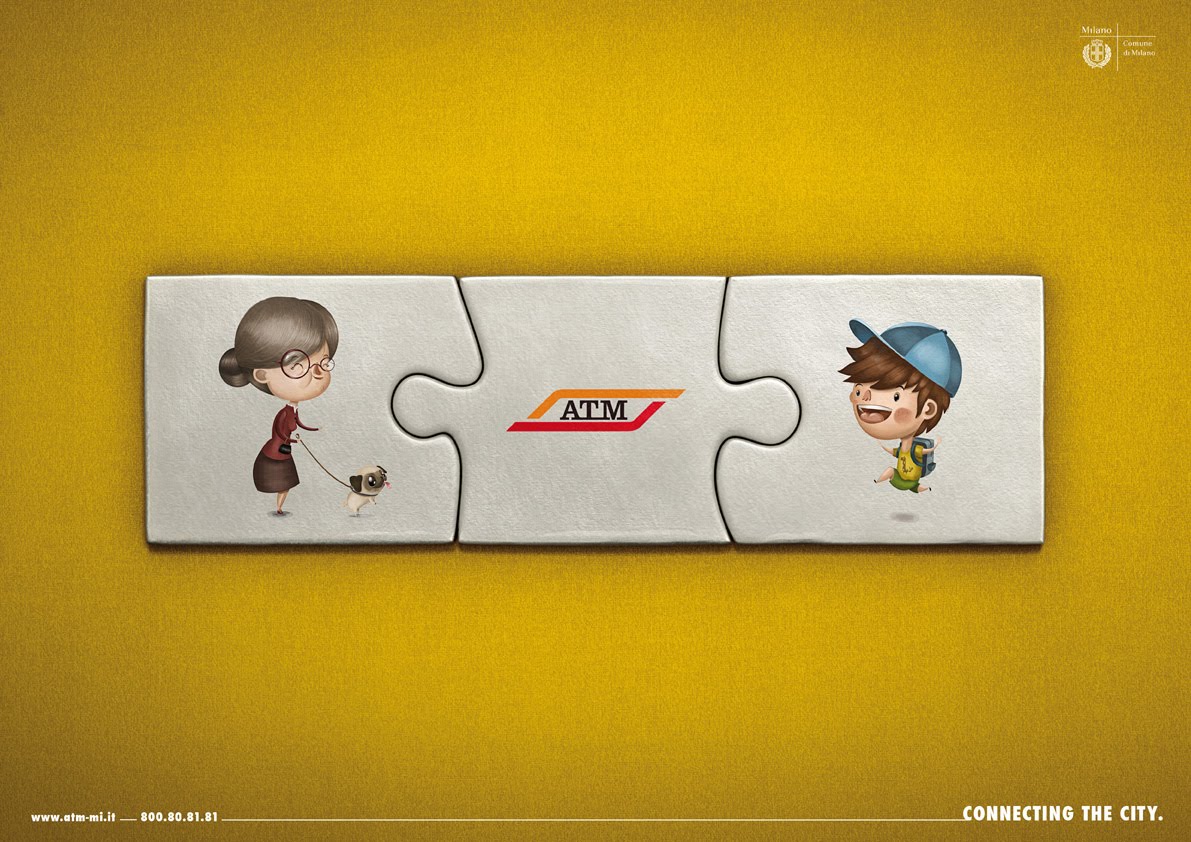 The illustration is cool. The art direction is divine. But… puzzle pieces as a concept? Non e’ troppo originale, ragazzi!

The following is for Milan’s public transit system, ATM: 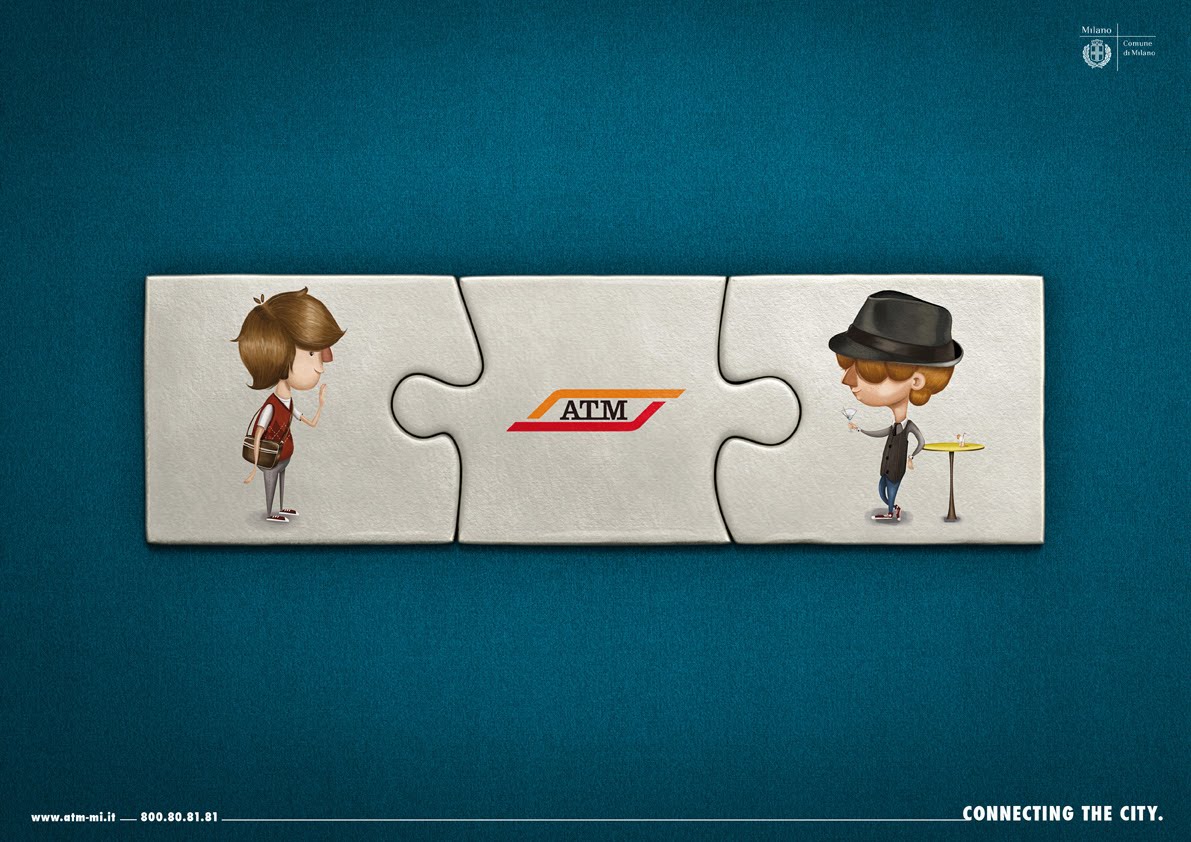 Nonetheless, this campaign from DDB Milan is a pretty simple expression of what public transit’s value is to people in a big city: connecting you. Plus, it works with their colour-coded metro system, which I got to know when I lived there.

As well, European systems have the benefit of a pretty much captive ridership: driving through the centre of Milan in a car is at best foolhardy, and at worst—banned. So transit ads can afford to be more artistic and playful.

As someone who has been in transit advertising for almost 10 years, I have to say that just reinforcing the connection between transit and life is what it’s all about.

Source: I Believe in Advertising