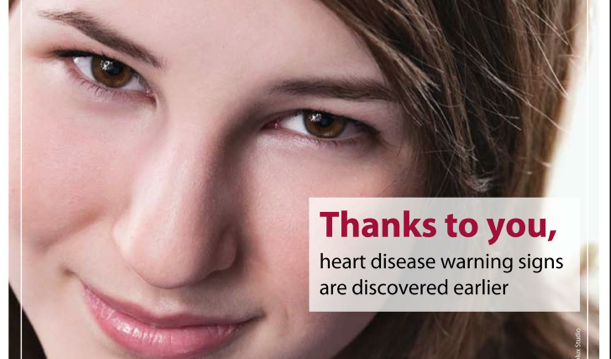 In just 20 days, the University of Ottawa Heart Institute will host their 20th annual telethon.

This is a major fundraising event for the Heart Institute, and we are really thrilled that they came to Acart to do this year’s advertising.

For the 20th Heart Institute Telethon, though, we wanted to put the spotlight on the donors. After all, many of the same Ottawa individuals and families have supported the telethon year after year. Our strategy was a celebratory one, to thank previous and future donors by showing them the real victories that have been won in the war against a heartless killer.

We worked with the Heart Institute Foundation to identify some major breakthroughs made possible by donors, and the translated them into benefits that everyone can feel a part of.

The models, Nick, Hannah and Natalie, are all volunteers for the new shoot we did with our friend and partner Christian Lalonde from Photolux Studio to express the positivity of the campaign.

Coincidentally (or perhaps not, since today is all about hearts) Olympic skater Joannie Rochette, our spokesperson for the Heart Institute’s iheartmom.ca campaign, was at Birks in downtown Montreal this afternoon promoting her iheartmom pendant.