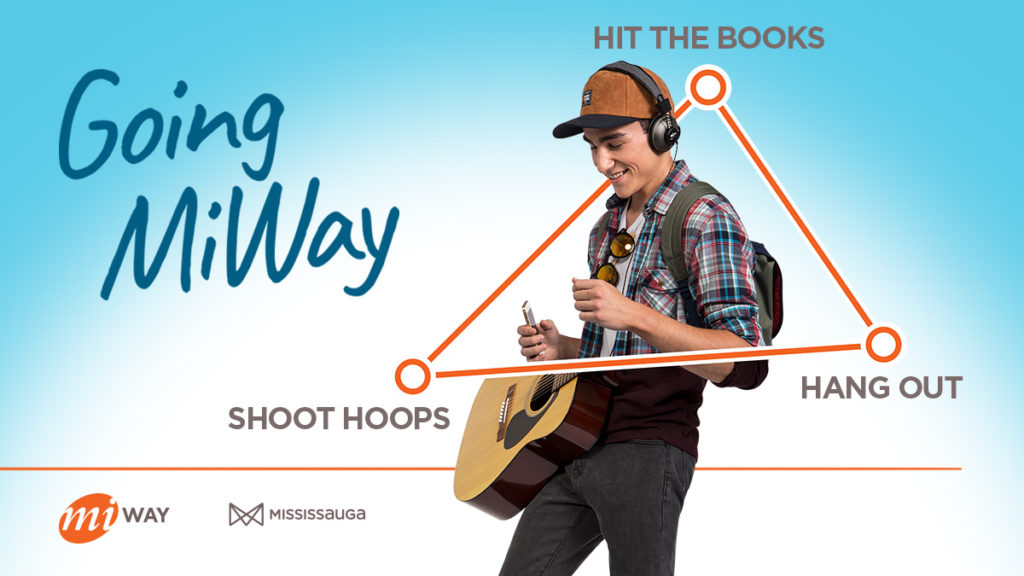 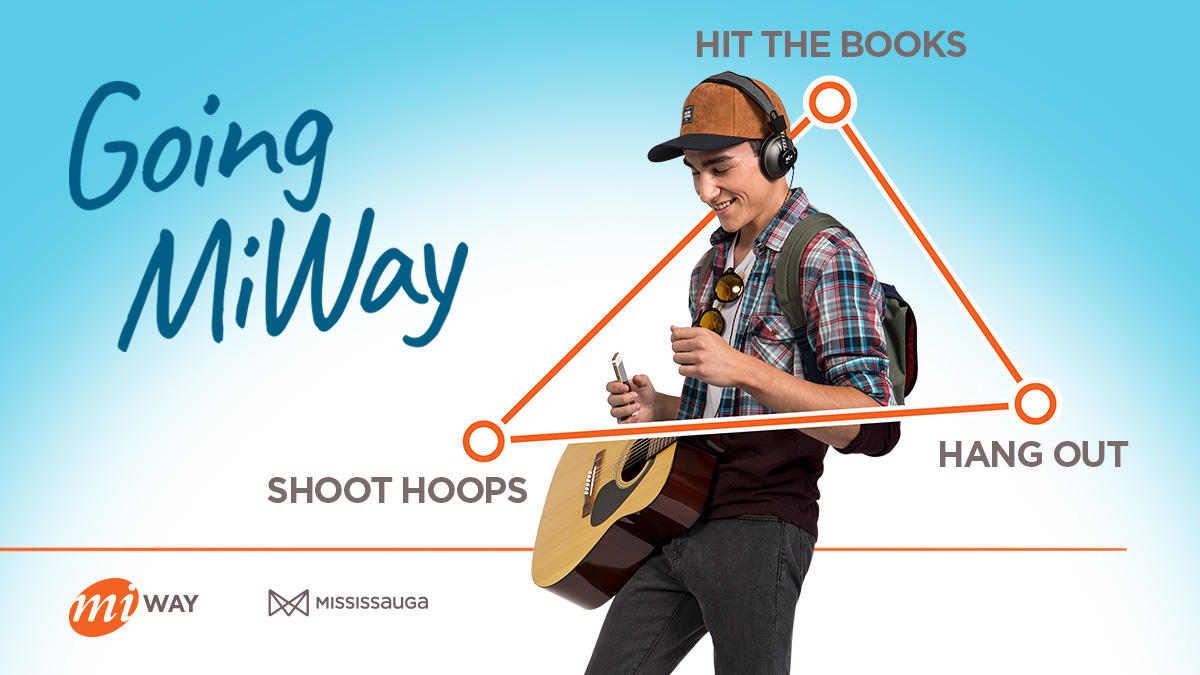 The beginning of the 2017-2018 school year marks the launch of a new campaign Going MiWay, for one of our newest clients, MiWay.

For those unfamiliar, MiWay is the public transit operator in Mississauga, in the Greater Toronto Area (GTA), transporting customers in a city of more than 721,000 people.

We were tasked with creating a campaign to support ridership, specifically attracting more young riders (who surprisingly, already accounted for 70% of all users!).  We wanted to increase ridership among existing students, encourage the usual car-takers to try it out, and ultimately create long-term customers.

The approach we took was to focus on the busy lives of youth – and the need to balance school, friends, home life, and extracurricular activities. With this in mind, we combined these different aspects into a dynamic visual, referencing the places that students travel on the bus. 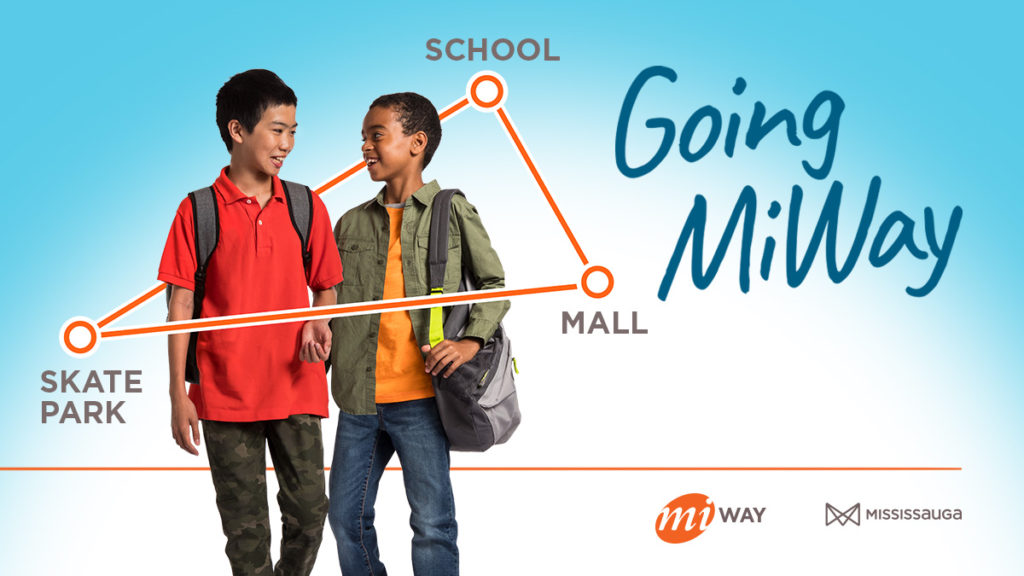 Campaign messaging reinforced the concept of MiWay as a connection between students’ favorite places and experiences, positioning transit as an easy, fun and social way to get around the city.

And of course, we can’t forget about transit media! We also produced two bus wraps, and gave out MiWay branded swag to students at fall orientation events.

All of the advertising creative points to the new campaign site (students.miway.ca), where students can get the information they need to get around Mississauga and connect with the rest of the GTA.

Huge congratulations to everyone involved on a great campaign. If you’re in the Mississauga area, keep your eyes peeled for it around the neighbourhood!

Want to take your transit marketing to the next level?