Olympic Bronze Medal figure skater Joannie Rochette broke hearts around the world at the Vancouver 2010 Winter Games when she performed a career best despite having just lost her mother to a heart attack only days earlier.

Last month, Joannie appeared on CTV’s eTalk Daily to promote her “I Heart Mom” campaign. The Acart team was extremely happy to see that Joannie had taken this cause with her to her new role as spokesperson for Birk’s — working with their famous designers to create an “I Heart Mom” pendant to raise funds.

Last May, Acart worked with Joannie and the University of Ottawa Heart Institute to create and brand the “I Heart Mom” campaign to raise money and awareness for heart health. Led by a video (actually two, one French and one English) of Joannie and other people touched by heart disease in their families, the campaign was viewed and blogged around the world in the lead-up to Mother’s Day.

Some weeks later, a news release went out from Birk’s announcing that Joannie had signed on as their new Brand Ambassador, adding “BIRKS and Joannie look forward to using these qualities as creative stimulation to develop something tangible – a spectacular piece of jewellery, which will support the campaign that is closest to Joannie’s heart, iheartmom.” 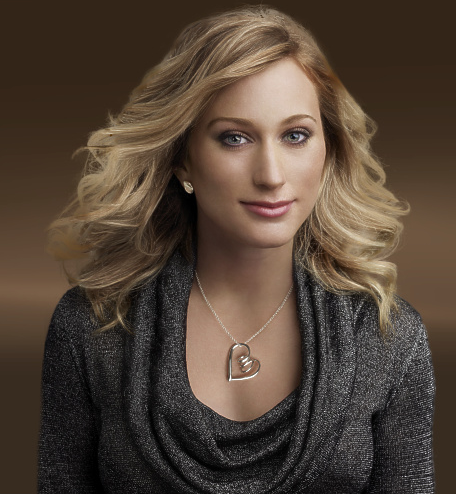 And so one of our favourite branded causes takes on a new life… in sterling silver.

You can also donate directly to the I Heart Mom campaign at iheartmom.ca.