Yesterday, I was tasked with writing a Facebook crisis communications strategy for a client. Due to a service disruption, they were receiving a lot of negative and angry comments on their wall, and wanted advice on how to proceed.

If there is one universal truth that should inform your social media engagement strategy, it is this:

Nobody ever wins an argument on the internet.

Learn it. Know it. Live it. Because until you accept this simple fact, you will be constantly tempted to make one of three deadly mistakes:

1) Censorship While abuse and trolling are valid reasons to delete a user comment, fear of criticism is not. You do not control the conversation in social media, you just control one of the hangouts. If you kick out everyone who complains, they’ll just go complain about you somewhere else… and even more loudly.

Consider the case of Chapstick. They took a lot of heat on their Facebook wall because a blogger took issue with the perceived sexism and female objectification of this ad: 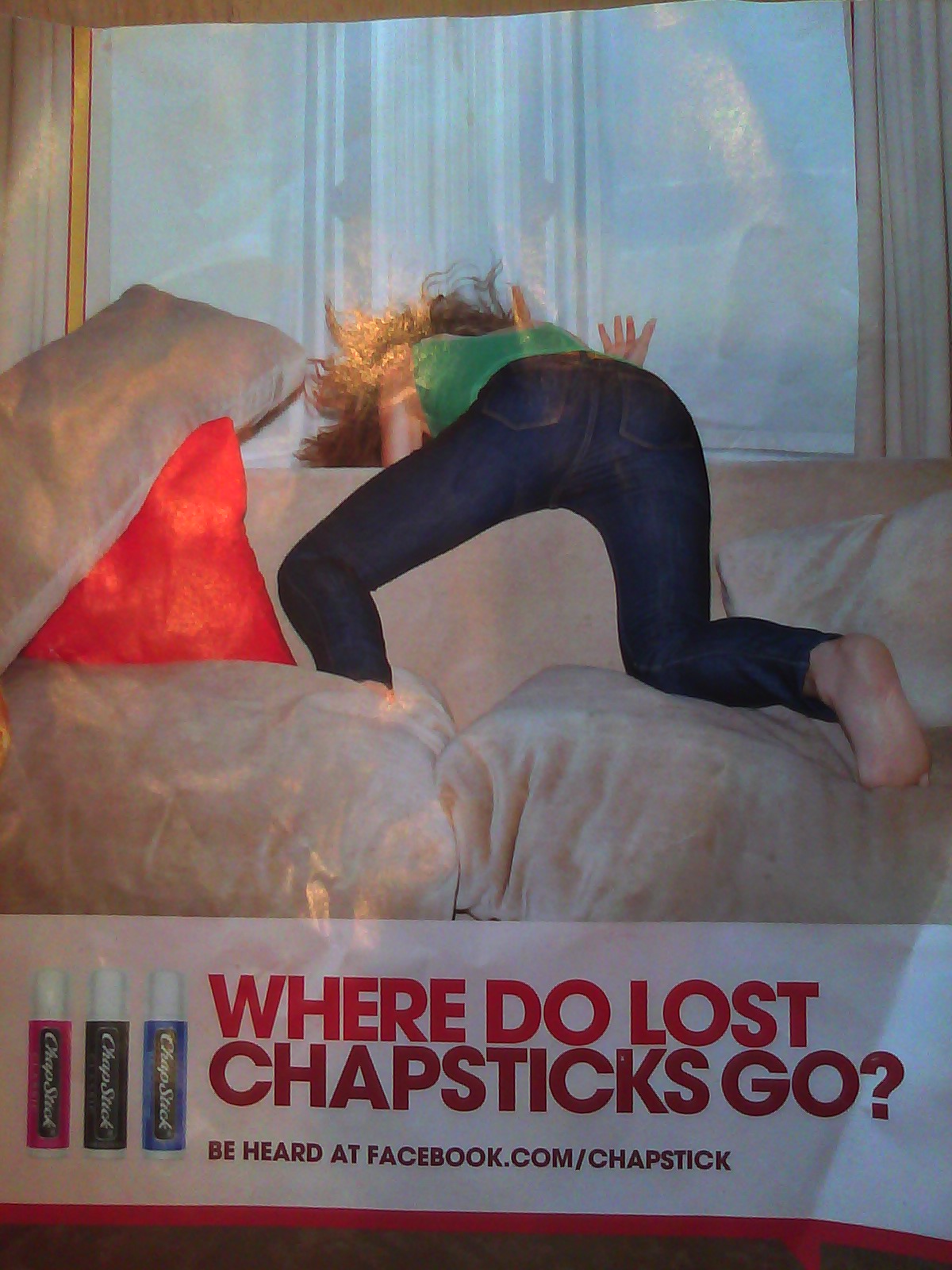 The ad was part of a social media promotion that invited consumers to comment on Facebook. But when the blogger (and some of her followers) complained about the ad, their comments were deleted. So they mounted a campaign of posting increasingly angry comments on Chapstick’s wall, screen-capping them before they could be deleted, and reposting them to a campaign protest page.

A very mild PR problem became a nightmare for the brand, who ended up getting written about on Jezebel and other mainstream blogs.

2) Fighting back At any time, there are literally millions of people with nothing better to do that cause trouble on your Facebook wall or badmouth you on Twitter. They can easily overwhelm your resources, and once you have engaged in a one-on-one argument with them it is easy for your social media moderator to forget the brand messaging and start offering personal opinions. And we know what personal opinions can do to a brand:

And that is a disaster. You know why? Because brands are held to a higher standard than people.

As with celebrities and politicians, people are hoping to see brands fail. Even brands they like. It makes them feel good to be able to force a mistake in an otherwise carefully-managed brand voice.

If you ever make a mistake though, this is the way to handle it: Red Cross noted, “We realized our honest mistake (the Tweeter was not drunk) and deleted the above Tweet. We all know that it’s impossible to really delete a tweet like this, so we acknowledged our mistake.”

Not only did they save face, but donations went up.

3) Ignoring it There is nothing worse than an unanswered question or complaint on a branded Facebook wall or other public forum. If you are going to be involved in social media, you need to observe the rules of online social etiquette. Otherwise, you will immediately out yourself as a phoney.

Customer complaints that happen on social media are there for all to see. If you do not respond no matter what, your customer service has failed in front of potentially thousands of people.

Note the time stamps. Sure, you can’t be expected to stay up all night monitoring the feed. But customer service resources should be on your social media fairly frequently throughout your business day.

So what did I recommend?

In the case of our client, the situation behind the complaint was not their fault even though people assumed it was.

I gave them a 5-point plan, based on what it seemed the commenters needed most:

There was more detail than that, but I won’t give it here. That’s what our clients pay us for.

Big picture, though, there’s never a reason to invalidate their anger or prove them wrong, just express empathy, state and restate your position clearly — even if they don’t accept it — and do what you can to help.

All consumers really want is to have a voice and be treated with respect. Just as you do. That’s right, the Golden Rule. Did you ever think social media strategy would be that simple?