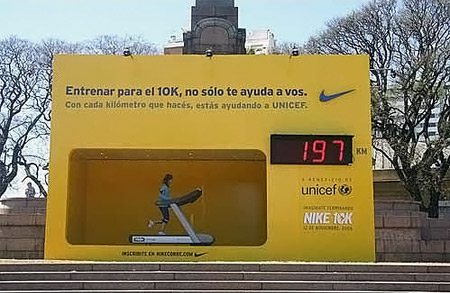 With the clutter in the marketplace, it is even more important to engage your audience. Interactive advertising is a great way for getting people to talk about your brand and recall your message. An interactive component involves the public and forces them into direct contact with the brand; it can be a very simple idea that engages the viewers’ curiosity. People are eager to participate in experiences, interact with videos, access company Facebook pages, and support brands and products by liking and referring them to friends.

In the near future we will be seeing more and more interactive billboards that directly contact your mobile phone to offer promotional sales, information, or free apps. Some billboards are WiFi hotspots, Bluetooth-enabled, and some react when you send them a text message. Major advertising companies have been experimenting with these technologies with the idea of transforming spare moments people have in public into advertising opportunities.

This McDonald’s billboard focused on the interaction, encouraging people passing by to treat the ad as a game, which in turn pulled people into their restaurants.

Forever 21 is keeping up with the tech trends as they understand their target audience is tech savvy. In June 2010, they launched an interactive billboard in Times Square, New York. The board featured giant onscreen models interacting in real-time with customers on the street outside the store by snapping polaroids of the crowd or putting them in shopping bags.

Mini USA launched an outdoor campaign using digital billboards that flash personalized messages to Mini drivers as they drive by. Mini USA sent emails to select owners inviting them to join the pilot version of a program called Motorby. After the Mini drivers answered some basic questions about themselves, Mini USA sent them a special key fob that identified them to the billboards as they pass by. 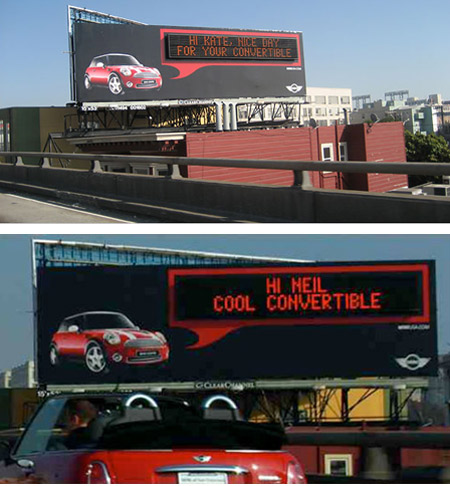 To promote the release of CS3 a couple of years ago, Adobe used an interactive billboard. As pedestrians walked past, infrared sensors would lock on to the person closest to the wall who could then control a projected slider button at the bottom of the wall. As the pedestrian continued walking and moved the slider along, the wall displayed colourful animation and played music, effects that would grow or recede at the pace that the person advanced or retreated.