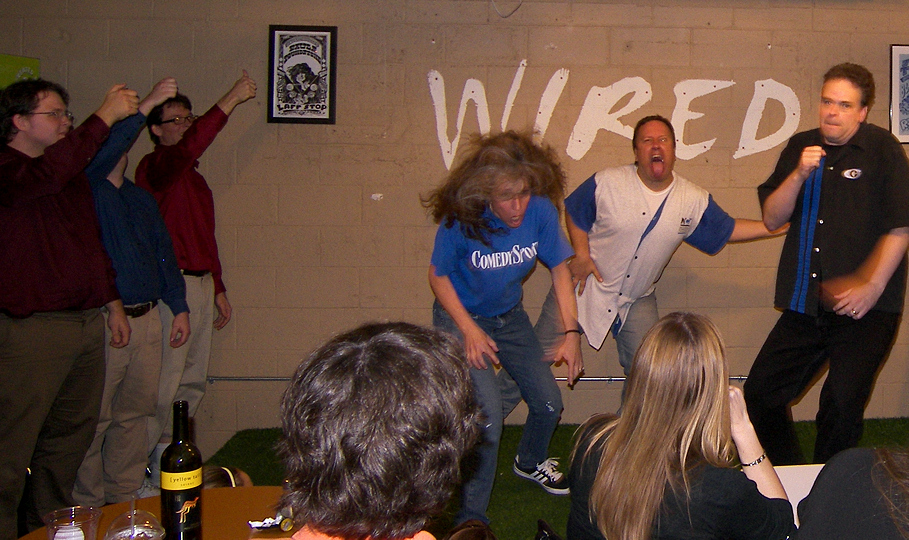 I’ve often told new creatives that coming up with authentic and relatable concepts is like method acting: To really reach your audience, you need to (mentally) walk a mile in their shoes.

But there’s another kind of theatrical training that could really help aspiring Copywriters and Art Directors to hone their craft, and that is improv.

For some reason, I missed out on improv during my high school years, despite being a drama nerd. But as a career Creative Director I’ve grown to respect the movement greatly. I am proud to say I have two nieces who are masters of the art form. (If you’re in Toronto, check out Emma at The Bob!)

They all apply to collaborative creative development as well:

1. “The first rule of improvisation is AGREE. Always agree and SAY YES.”

Agreement takes trust. In a previous post, I complained about the common mistake of inviting too many people to a creative session. Creativity requires a certain level of intimacy, because you need to let go of inhibitions and not be afraid of saying something stupid.

The cliché about brainstorming is that “there are no bad ideas,” but it’s not true. There are many, many, ideas that stink. But the purpose of getting them out is to see if your partner(s) can build on it. If someone says “let’s put a gorilla in a tutu” your answer isn’t “that’s stupid” or “where are we going to get a gorilla?” It’s…

2. “The second rule of improvisation is not only to say yes, but YES, AND.”

“Let’s see where this gorilla will take us.”

Build on the idea until it collapses under the weight of its sheer preposterousness. Monty Python were great at taking a ridiculous premise to its logical conclusion. If nothing else, you’ll get a laugh out of it, which helps lower inhibitions as well as any alcohol. (Although alcohol and “creative sessions” are old chums.)

3. The next rule is MAKE STATEMENTS.

In Tina’s words, “Whatever the problem, be part of the solution. Don’t just sit around raising questions and pointing out obstacles. We’ve all worked with that person. That person is a drag.”

Don’t be a no person in a yes environment. Instead of making the other person explain his or herself, add to the idea by making a constructive statement about the idea that adds some surprising dimension. You don’t become a better creative by tearing people down. You do it by building them up: “The gorilla is doing Swan Lake; he’s a silverback male, but he’s playing the swan princess Odette. The other dancers are all humans, and they are clearly terrified that the princess is going to tear the place apart.”

4. “This leads us to the best rule: THERE ARE NO MISTAKES, only opportunities.”

This holds true for creativity as it does for much of life.

See how that works? You don’t back up; you keep going. The Gorilla in the Tutu may be against the modern ethics of using great apes for entertainment, but no primates were harmed in the mere consideration of a ballet-dancing silverback. And if you rode that idea through the mists of your minds, you may have discovered something amazing. Just go with it. And then try something else. And then another.

Yes, you need good research and testing. Yes, you need insights and strategy. But many great advertising ideas have come from free-association silliness. Improv on.