After the success of last year’s video send-up on horror movie trailers, Paranoël Activity, we wanted to do something completely different for our 2012 agency Christmas card.

If you haven’t seen it yet, view it here.

Our inspiration came from something that happened in early November. Shoppers Drug Mart, responding to customer complaints that they were playing Christmas music “too soon”, announced on Facebook that they would suspend it until further notice. This was just the latest example of consumer backlash against what Consumer Reports’ blog The Consumerist calls “Christmas creep“. 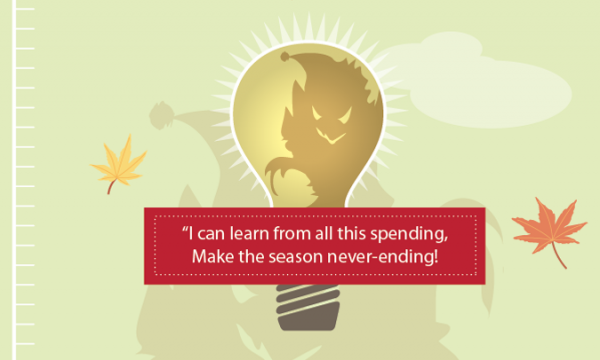 The creative team discussed some different ways that we, as a socially-conscious agency, could make a statement about the phenomenon of Christmas marketing being pushed further and further back into the autumn (and in some cases, late summer). Copywriter/Videographer Christopher suggested we personify “The Christmas Creep,” and I started to spin a tale about an adman who creates a holiday marketing monster — then has a change of heart and saves Christmas after all. It’s Dr. Seuss meets Dr. Frankenstein. Christopher collaborated with me on the English version, and Copywriter Vincent wrote the French. Production Manager Lynn QCed both official languages.

To realize this story, Designer Rebecca suggested we create an online illustrated story using parallax scrolling. This is a technique by which several layers of visuals create an optical illusion of depth by making “foreground” images move more quickly and “background” images move more slowly as you scroll through the story. (The technique has been used in stage design, photography and video games for decades.) Art Director/Illustrator Kerry created the whimsical imagery of the story, and Developer Marco put it all together under the supervision of Stacey, our Director of Digital Marketing. 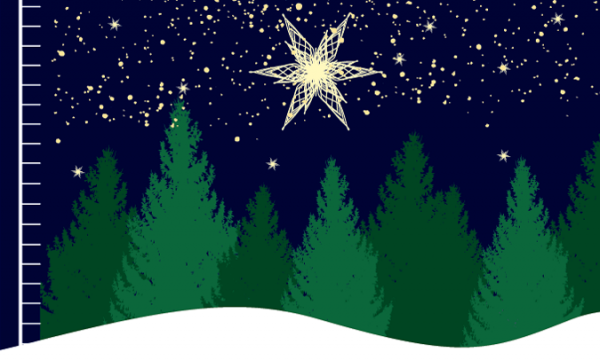 As you can see, it was quite the team effort. All of us at Acart would like to wish our clients, our partners, and even our competition a Merry Christmas and a Happy New Year from the bottom of our hearts. We hope you enjoy our little Christmas tale.