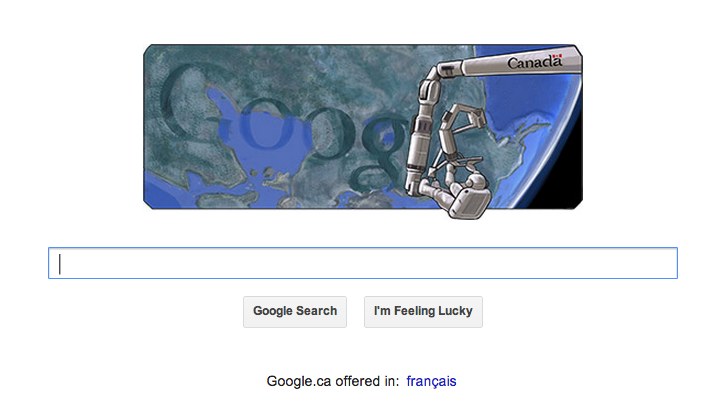 Back in the late 1970s, Acart had a very interesting job to do: Help brand and launch the communications for the National Research Council‘s new space project, with the working title “Canadian robotic arm manipulator.”

Through a series of meetings and collaborations with the clients, we (“we” as in the company, I was a child at the time) came to understand the great potential for the arm as Canada’s contribution to an exciting new space program. The arm was in the process of being designed and built by by Spar Aerospace Products Ltd., Dilworth, Secord, Meagher and Associates, CAE Electronics Ltd. and Spar Technology Ltd. At this point, according to Acart’s President, Al Albania, who visited the project site, it was “still laid out in pieces on the floor.”

One of the first glimpses the public would get of this robot was to be a poster we designed, featuring an artistic rendering of the arm’s functionality by John Bianchi. (John illustrated other representations of the arm for NRC’s Science Dimension magazine, a project Acart also had a hand in.

While the official name of the device that launched aboard the Space Shuttle Columbia in 1981 would end up as Shuttle Remote Manipulator System (SRMS), the world would soon know it by the brand name that came out of those early poster creative sessions:

Acart would like to join Google Canada and NRC in celebrating the long career of a brand that will always stand for Canadian innovation.